NEWS, SPORTS, COMMENTARY, POLITICS for Gloucester City and the Surrounding Areas of South Jersey and Philadelphia

PHILADELPHIA – Rowan senior Chad Yates has been named the 2022 PhillySIDA Academic All-Area Men’s Soccer Performer of the Year and heads the 13-member Academic All-Area Team, which is voted on by the sports information offices from 30 institutions in the Philadelphia area. Yates (Sewell, NJ/Washington Twp.) was the leader for the Profs, who won their first NJAC Championship since 2003, and made their third straight appearance in the NCAA Division III Championship, advancing to the second round. He was named to the 2022 United Soccer Coaches All-Region IV First Team as he topped Rowan with a career-high 14 goals this season as well as six assists. The midfielder had at least one point in 14 of 23 matches and tallied seven game-winning goals. Yates was selected as the 2022 NJAC Pat Baldiserra Midfielder of the Year, becoming the first-ever Prof to earn the award. He is a three-time selection... Read more → 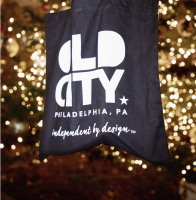 PHILADELPHIA, PA -- Celebrate the season in America’s most historic square mile with Historic Holidays in Old City! Festivities run all the way through New Year's Day in Old City District, with something for everyone on Santa's list. The Old City Holiday Shopping Pass is back and brings with it special offers and deals at more than 40 shops, restaurants, museums and attractions. Plus, shoppers can enter to win prize packs and $500 in gift cards. The Old City Shopping Stroll returns Wednesday, December 14th, from 5:00pm to 7:00pm. Participating stories will extend their hours and shoppers will receive a free Old City tote bag with any purchase, while supplies last. After shopping, Arch Street Meeting House will offer a holiday movie from 7-8:30pm, with a suggested donation of $5. Old City bakeries and sweet shops like Franklin Fountain, Shane's Candy and Oui Pastry serve up special seasonal sweets and... Read more →

DOVER DELAWARE --The Delaware Department of Natural Resources and Environmental Control and La Vida Hospitality have mutually decided not to move forward at this time with a proposed restaurant for Cape Henlopen State Park, DNREC Division of Parks and Recreation Director Ray Bivens announced during a public meeting about the project Monday evening at Cape Henlopen High School. DNREC awarded La Vida Hospitality LLC a publicly bid one-year contract in April to manage the existing main beach food concession while both parties conducted due diligence on La Vida’s proposal to extend the contract and build a restaurant at the park’s main beach area. DNREC determined that the necessary environmental review and contract negotiation could not be completed by the contract’s expiration date of Dec. 31 and with La Vida Hospitality LLC in agreement, has chosen to the end the project. The proposed restaurant came from a request for proposal (RFP)... Read more →

CAMDEN CITY, NJ--December 6, 2022)--The Camden County Board of Commissioners will join the Office of Veterans Affairs, members of the Gloucester County Board of Commissioners, and local veterans on Wednesday, December 7, at the Battleship New Jersey, 100 Clinton Street, Camden City to honor the anniversary of Pearl Harbor. Starting time 10 AM. Wednesday marks the 81st anniversary of the attack on Pearl Harbor, a military base on the island of Oahu, Hawaii. Within just two hours, 18 US warships had been sunk or damaged, 188 aircrafts were destroyed and 2,403 American servicemen and women were killed. The attack marked the beginning of the United States involvement in World War II. “This day is meant to honor the survivors of that event, as well as pay tribute to all veterans who lost their lives for this country,” said Commissioner Melinda Kane, liaison to the Camden County Office of Veterans Affairs.... Read more → 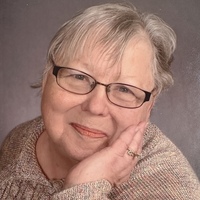 Margaret M. Keel “Peg” passed away peacefully on November 29, 2022. Peg went to be with her Lord Jesus at the age of 82. She is survived by her daughters, Cheryl and Pam; grandchildren: John, Jennifer, Michael, Jessica, and Joshua; great grandchildren: Danielle, Savanna, Adrean, Summer, Gabriel, Lily, Kamrin, Hunter, Mia, Dominic, and Lilliana; and great great grandson Miles. She is also lovingly remembered by her friends and family. Peg was predeceased by her loving husband, George, of 33 years, and by her grandsons, Daniel and Jason. Peg was a long time member of Audubon Methodist Church. She was a former Respiratory Therapist and Home Health Aide. Peg was a faithful, humble, loving, caring, kind, and giving woman with a heart of gold and such a sweet spirit. A memorial gathering and celebration of life is planned for Monday, December 19th, 12:30 PM at Audubon Methodist Church, 314 W. Graisbury... Read more →

What's In the Container for Sightseers in Australia

' image courtesy of unsplash.com Australia is ideal for travelers due to its flighty regular magnificence and natural life. Vacationers who love to investigate new ponders and take shelter in the quiet lap of nature are ideal individuals to visit Australia. Australia is a huge mainland with various scenes and spots. You can appreciate days and evenings similarly in Australia. The nation and its kin have a culture not quite the same as anything the eastern or southern side of the equator brings to the table. Customs, sea shores, visits, and games that Aussies appreciate, are special. The following are a couple of things sightseers ought to be familiar with Australia. Nightlife Sydney, Melbourne, or Perth each have special nightlife exercises that will leave you in wonderment of Australia. Sydney has clubs, moving clubs, and drinking bars for the youthful spirits and lively group. You can likewise find gambling clubs... Read more →

How to Find the Best Sportsbook Promo Codes in Maryland

https://images.pexels.com While some people might be content with just placing their bets on any old sportsbook, others are always on the lookout for ways to get the most out of their wagering experience, and promo codes are one of the best ways to do just that. For those not in the know, promo codes are special offers and discounts that sportsbooks occasionally release in order to attract new customers or keep existing ones happy. These can come in many different forms, such as free bet credits, risk-free bets, deposit bonuses, and more. That being said, finding the best MD sportsbook promo codes in Maryland will come down to research and checking online sources that will point you in the right direction. If you’re based in Maryland and looking for the best sportsbook promo codes, then you’ve come to the right place. A few things about sportsbook promo codes As mentioned... Read more →

Holiday Shopping & BBQ on Saturday, December 10th Riverwards Produce Market, which has become a haven for shoppers looking to support local purveyors while stocking up for Thanksgiving and the upcoming holiday season, is hosting their Sixth Annual Holiday Shopping Event at both their Old City and Fishtown locations on Saturday, December 10th from noon to 3 p.m. Customers looking to support and shop local can show up to either location for all their holiday needs during the three-hour event, where representatives from each local brand will be on hand manning tables while discussing and selling their respective products. The Old City location, situated at 146 N. Bread Street, will feature the likes of Mother Butter; Mural City Cellars; Smith Poultry; Black Hippo BBQ; Sleeping Weather Studios; Flori Cupcakes; Ayoka Apothecary; Nether Providence Soap Co.; Triple Bottom Brewery; Bake Bake; and Working Class Coffee. The Fishtown outpost, located at 2200... Read more → 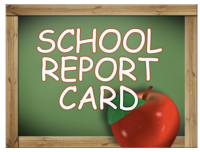 [New Jersey – December 5, 2022] Paula White, Executive Director of JerseyCAN, will testify before New Jersey’s Joint Committee on Public Schools regarding the urgent need for the New Jersey Department of Education to release all student assessment data. The hearing will take place over Zoom on Tuesday, December 6th, at Noon. Please contact the Joint Committee on Public School to receive viewing information. CNB Graphic files In the midst of independent analysis showing unprecedented learning loss throughout the state, Ms. White has been at the forefront in demanding the State of New Jersey’s Department of Education fully release the 2021-2022 assessment scores from last Spring. New Jersey currently stands as one of only two states in the county that has not yet publicly released test scores. Last week, JerseyCAN co-hosted with the Urban League of Essex County the statewide digital town hall “Where Are Our Kids’ Test Scores: The... Read more →

Find out the most trusted online casino not on GamStop

UK casinos not on Gamstop

Member of US Press Corps

Casinos not on Gamstop Guide

A PLACE OF PERSONAL RECOVERY