Why Would A Person Destroy Their Community? 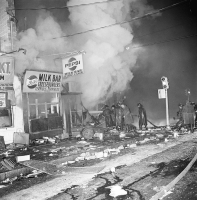 Blocks of stores were destroyed by the rioters (image courtesy of The Star Ledger) SEE VIDEO BELOW William E. Cleary Sr. | CNBNews (Gloucestercitynews.net)This week is the 53rd Anniversary of the Newark riots, also known by those who were there as the "Battle of Newark". The six-day conflict broke out on July 12, 1967, and ended on July 18, 1967. Soldiers from South Jersey who belonged to the 50th Armored Division,1st Battalion, 114th Infantry Regiment (aka "The Jersey Blues") were called early in the morning... Read more →

NEWARK, N.J. – Seven people have been charged for their roles in conspiracies to pay and receive kickbacks in exchange for ordering genetic tests, U.S. Attorney Craig Carpenito announced today. Three complaints were unsealed today charging the following individuals with conspiring to violate the Federal Anti-Kickback Statute: Lee Besen, 64, of Waverly, Pennsylvania, is charged in two separate complaints, one with Kimberly Schmidt, 45, of Moscow, Pennsylvania, and the other with Terri Haines, of Kennett Square, Pennsylvania. The third complaint charges Yitzachok “Barry” Kurtzer, 60,... Read more →

(Cherry Hill, NJ) – The Camden County Department of Environmental Affairs, in cooperation with the Boroughs of Audubon, Haddon Heights, Hi-Nella and Somerdale, as well as Winslow Township, will begin hosting a series of virtual public meetings this month to present the preliminary designs for three segments of the County’s proposed 33 mile off-road, multi-use, cross county trail. The Camden County LNIK Trail, traveling through 17 Camden County municipalities from the Ben Franklin Bridge to Winslow Township, was formerly known as the Cross Camden County... Read more →

In public comments Thursday, Centers for Disease Control and Prevention Director Robert Redfield said, “the reason I push it is that I truly believe it’s for the public health benefit of these kids.” The agency's final guidelines for reopening schools are still in flux after criticism from President Donald Trump. Friday, Jul 10 2020 ABC News: No Revisions To School Reopening Guidelines Despite Trump Demand, Just 'Additional Information': CDC Director The head of the Centers for Disease Control and Prevention on Thursday struggled to say... Read more →

*HOW TO BE COUNTED! Any questions Contact Ashley Hagan atrusdell@cityofgloucester.org Click here for City of Gloucester website Click here for Census website (U.S. Census Bureau)--Census workers have completed 96% of the 2020 Census “Update Leave” operation- where 2020 Census invitations and paper questionnaires are delivered to households in certain — often rural — areas across the country. In these areas, most households generally do not receive mail at their homes, so census workers drop off census materials in person. When the operation is complete, nearly every household nationwide will... Read more →

mvitaleJuly 10, 2020 By MADDY VITALE Somers Point Councilwoman Janice Johnston and Joe McCarrie, who is running for the at-large Council seat, are asking residents to let them know if any streetlights are not working. “It is very easy fix,” Johnston said about the lights. Recently, there were two streetlights out on Broadway. Johnston said that City Council has had some discussions in recent weeks about the issue. “I want to make people aware that if they see the light out, they could email me... Read more →

Posted by CNBNewsnet on Monday, July 13, 2020 at 08:00 AM in Announcements/Classifieds, Consumer News, Current Affairs, DOWN THE SHORE, South Jersey | Permalink | Comments (0)

McALLEN, TEXAS--Police Officer Ismael Chavez (left) age 39, and Police Officer Edelmiro Garza (right) age 35, were shot and killed from ambush while responding to a domestic disturbance call at a home in the 3500 block of Queta Street. They had approached the front door of the home when they were suddenly ambushed and shot before drawing their weapons or making an emergency broadcast. Other officers who were sent to check on them came across the scene and immediately requested backup. The subject who ambushed... Read more →

Source NRA-ILA An anti-gun group expressed support in their newsletter for changing Maryland law to allow for regulated firearm transfers to be delayed indefinitely. This was prompted by the state’s background check system becoming temporarily inoperable recently. Maryland law allows firearm dealers to transfer regulated firearms after waiting seven days if Maryland Gloucestercitynews.net files State Police (MSP) does not make a determination on the background check. As a result, dealers transferred a number of regulated firearms after the seven day wait expired, exactly as allowed... Read more →

A Message from Congressman Norcross

Dear Friend, In Congress, my top three priorities are jobs, education and security, and back in Washington, I have been working tirelessly to support, pass and introduce legislation that hits all three of these boxes. While the battle against this pandemic is still far from over, I am confident we will get through this unprecedented crisis, if we continue to work together and follow guidelines based on science. I will continue to fight to pass legislation that protects the health and safety of ALL Americans.... Read more → 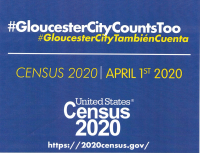 Any questions Contact Ashley Hagan atrusdell@cityofgloucester.org Official website for the City of Gloucester Click here for Census website (U.S. Census Bureau)--Census workers have completed 96% of the 2020 Census “Update Leave” operation- where 2020 Census invitations and paper questionnaires are delivered to households in certain — often rural — areas across the country. In these areas, most households generally do not receive mail at their homes, so census workers drop off census materials in person. When the operation is complete, nearly every household nationwide will... Read more →

SMITHFIELD, RI (07/11/2020)-- Bryant University is dedicated to the pursuit, recognition, and celebration of academic excellence. The University is pleased to recognize the students who have been named to the Deans' List for the spring 2020 semester. "These outstanding achievements are particularly commendable as students have overcome significant challenges to demonstrate an unwavering commitment to excellence," says Provost and Chief Academic Officer Glenn Sulmasy, JD, LL.M. "I am impressed and proud of their resilience, dedication, and innovative spirit." Congratulations on this outstanding achievement! Michael Andrejco,... Read more →

NJBIA Vice President of Government Affairs Christopher Emigholz issued the following statement regarding today’s announcement by Gov. Phil Murphy and Senate President Stephen Sweeney of concurrence on a bill authorizing up to $9.9 billion to address New Jersey’s budget deficit. “NJBIA recognizes that borrowing has a place in government fiscal policy and we are indeed upon extraordinary times where it may be appropriate in a limited manner. “However, we find today’s announcement concerning as it appears to stop short of some of the necessary limits... Read more →

The magic of Christmas never ends. It holds all time together with tenderness for the past, courage for the present, hope for the future and it’s greatest gifts are family and friends. Home is where your treasure is. It’s where family, grandchildren, the holidays and Friday night family dinners are. There, your heart will be also. Catherine G. Harris was a dedicated mother and doting grandmother who had a stubborn heart. She loved her Hallmark shows, her Christmas movies, her word search puzzles, sitting outside... Read more →

Richard Gaines of Philadelphia Admits to Selling Heroin and Fentanyl

MARTINSBURG, WEST VIRGINIA – Richard Gaines, of Philadelphia, Pennsylvania, has admitted to opioid distribution, U.S. Attorney Bill Powell announced. Gaines, age 45, pled guilty today to one count of “Possession with Intent to Distribute Heroin and Fentanyl.” Gaines admitted to having heroin and fentanyl in June 2017 in Berkeley County. Gaines faces up to 20 years of incarceration and a fine of up to $1,000,000. Under the Federal Sentencing Guidelines, the actual sentence imposed will be based upon the seriousness of the offenses and the... Read more →

Joan L. (nee Wolfert) Keown passed away in the late hours of June 27, 2020 at the age of 81. Joan was born on August 25, 1938 to the late Clarence and Irene Wolfert (nee Merkins) in Philadelphia, PA. She is the widow of the late Robert H. Keown. Joan worked as an Account Executive for Insurance Management Associates in Voorhees, NJ. Joan was an active, long-time member of church council and former secretary for Saint Mark’s Lutheran Church in Oaklyn. Joan is survived by... Read more →

Posted by CNBNewsnet on Sunday, July 12, 2020 at 09:30 AM in Current Affairs, DOWN THE SHORE, Gloucester City NEWS, Obituaries, South Jersey | Permalink | Comments (0)

Dr. David Holt and colleagues have been using an innovative imaging technique to seek out cancer in dogs undergoing surgery. By Katherine Unger Baillie | "Clean margins” are a goal of cancer excision surgery. If even a small piece of cancerous tissue is left behind, it increases the likelihood of a local recurrence and spread of the disease, possibly reducing overall survival time. With an innovative approach to cancer surgery, researchers at the University of Pennsylvania are investigating a technique to help surgeons clearly see... Read more →

Rutgers University, Joins Harvard and MIT , In Lawsuit Against ICE

Will file as amicus on Monday; first hearing on Tuesday Rutgers University President Jonathan Holloway today announced that the university will join as an amicus in the lawsuit filed by Harvard University and MIT to block the imposition of new rules that would be draconian for international students and devastating to colleges and universities across the country. The new guidance proposed by the U.S. Immigration and Customs Enforcement (ICE) on Monday would prohibit international students from taking course loads that are delivered entirely remotely and... Read more → 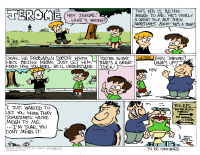 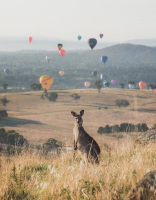 (Gloucestercitynews.net)(July 12, 2020)--Visiting Canberra is truly a great experience. The Australian capital has the best of both worlds: the renowned world of modern architecture and the wondrous natural reserves and bushlands. No matter what your choice of activities is, you can find something that suits you in Canberra. There are many landmarks to visit too, but how do you get around them if you don’t have a car? Here are some options. Public Transportation There are public buses that can go through town centers and... Read more →

*The Census is Important for YOU & Gloucester City

Any questions Contact Ashley Hagan atrusdell@cityofgloucester.org Official website for the City of Gloucester Click here for Census website (U.S. Census Bureau)--Census workers have completed 96% of the 2020 Census “Update Leave” operation- where 2020 Census invitations and paper questionnaires are delivered to households in certain — often rural — areas across the country. In these areas, most households generally do not receive mail at their homes, so census workers drop off census materials in person. When the operation is complete, nearly every household nationwide will... Read more → 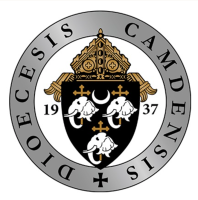 Bishop Dennis Sullivan announces three pastor appointments. Each is for a six-year term effective July 15. — Father Rene L. Canales, parochial vicar, Our Lady of Hope, Blackwood is named pastor of Our Lady of Guadalupe, Lindenwold. Father Canales, 45, has been in ministry to Hispanic Catholics in Blackwood and the surrounding area since 2015. He also has been heavily involved with the Charismatic Renewal for many years. Born in El Salvador, he came to the United States illegally when he was 16 years old.... Read more →

Member of US Press Corps